All Might’s Hero Costumes Got Us Geeking Out Like Deku

The world’s number one hero and symbol of peace, All Might, is one of the most wholesome and yet still mysterious characters in My Hero Academia.

But last year’s hit anime movie gave us a nice glimpse of his past, along with Deku’s super geeky rant about All Might’s costume evolution.

With all the amazing All Might cosplay out there, we figured it’s time we break it down for you with official art:

From the time he spent in America, this was All Might’s first costume made by the great scientist, David Shield. Look how young he was! You could still see the light in his eyes. 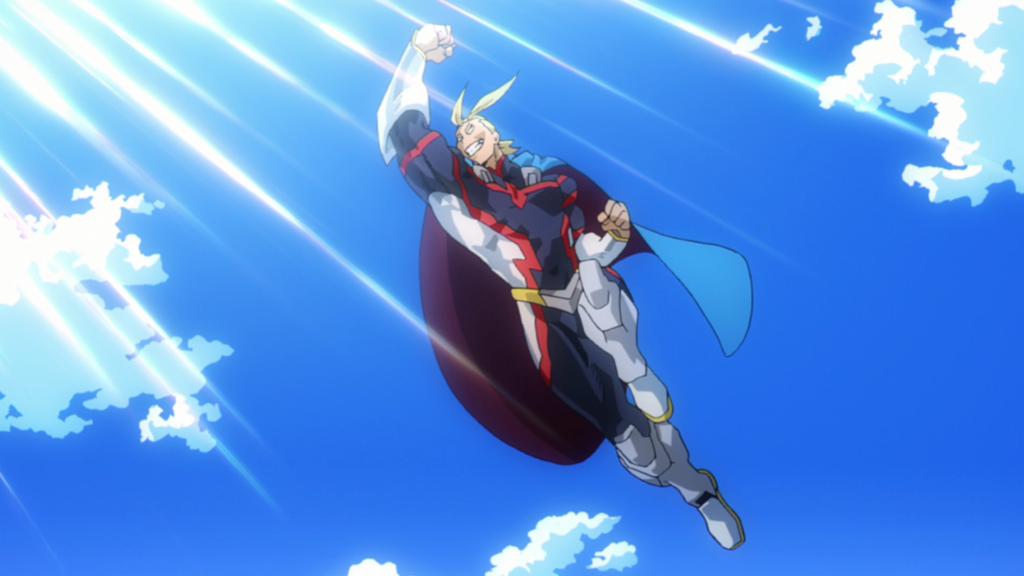 Notice the simple, V-shaped belt which has a silver piece on his back, hidden by the cape. Also note the smooth texture of his signature hairstyle.

This was a brief stage between his Young Age and Silver Age. There isn’t as much info about it, but here we see something similar to his previous suit, except with some changes to his arm guards.

Also notice that somewhere between Young Age and Bronze Age, All Might lost the light in his eyes and chose a much darker tone to his color scheme. What happened, All Might? You o.k.?

That deep contour comes with age and experience, doesn’t it? Our favorite part is the belt buckle, which has pretty much gained an All Might-y face. 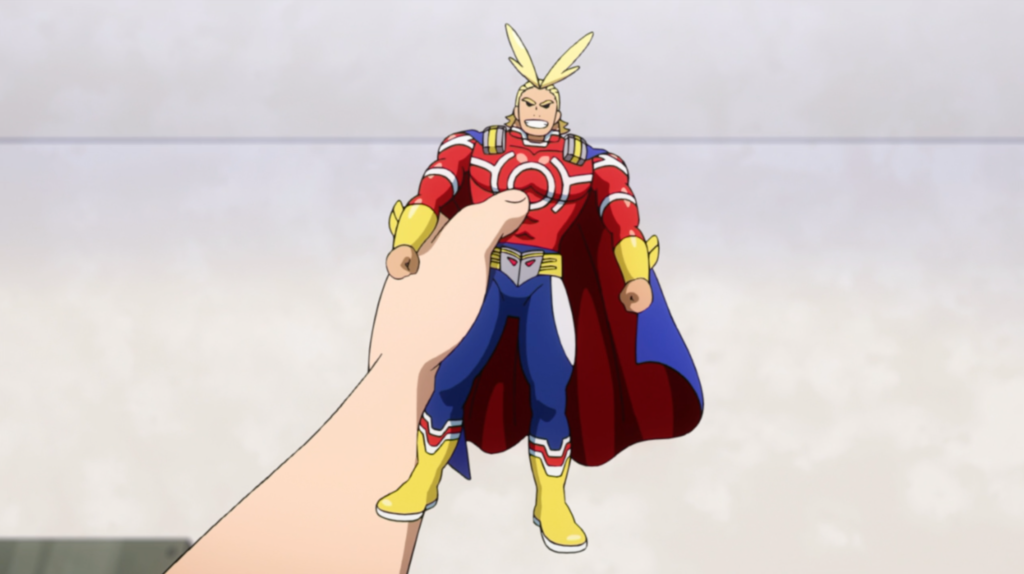 He no longer has large pieces of armor around his legs. Perhaps David Shield found a solution to give him better mobility? Also, note how his hair has changed.

The cape is gone, but the awesome is not. Greater contour, wild hair, and an even more serious look to that belt buckle. 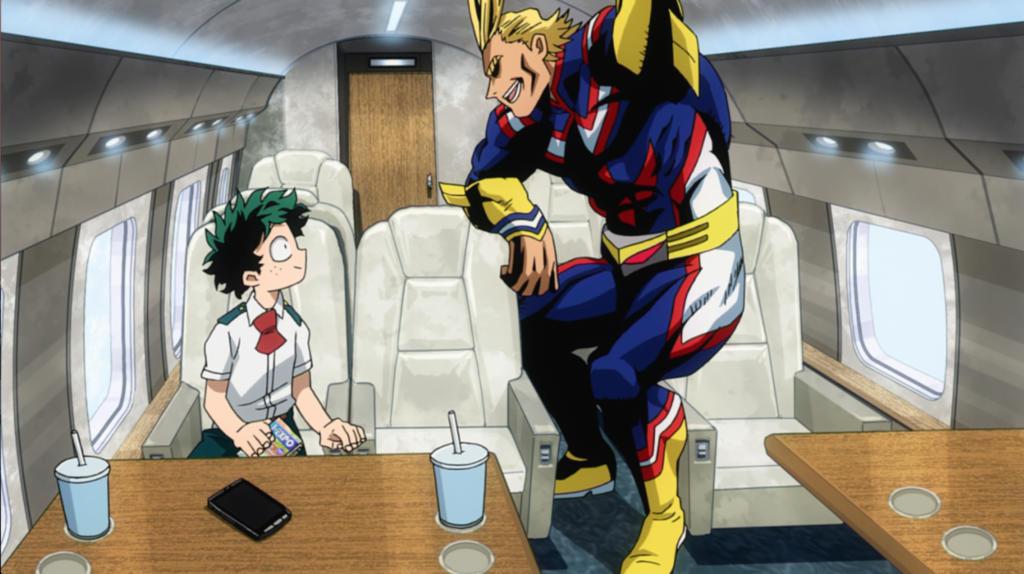 Wow. Also, sweet arm spikes. Hey, did you know that All Might is over seven feet tall? Those must be some big boots.

Again, All Might’s belt buckle brings its A-game. Do you think the clothes get stretched by his full form? Or do you think he buys them extra large? Probably a bit of both. 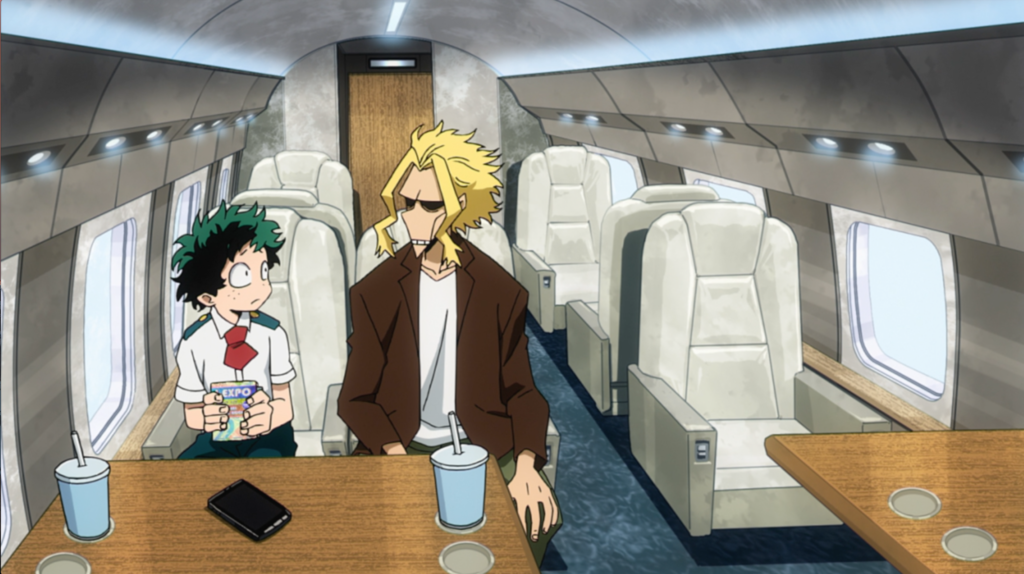